Saudi Arabia is known for a lot of things, but being a hub for fitness and an up and coming running scene isn’t one of them…yet. Is there even a running scene in Saudi Arabia, you ask? Well yes, in fact there is. The Jeddah Running Collective (JRC) is leading the initiative, headed up by JRC Directors, Nesreen and Fabrice – and they’re doing a seriously good job. They have expanded into Riyadh and Khobar, with a separate club for JRC Women – so clearly the demand is there. So yalla, (come on!) let’s run. 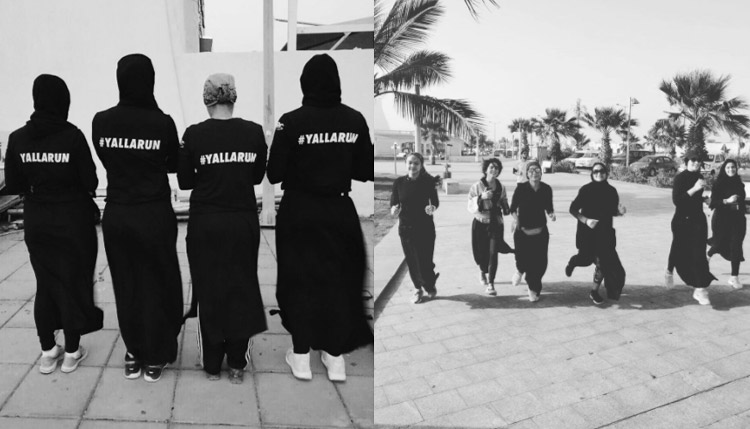 Having grown up in the city myself, it’s amazing to see how things have evolved since I was living in Jeddah, and it’s incredibly positive to see the local community coming together through sport. JRC is very much about the community, promoting empowerment, motivation and the drive to run. Starting off as a word of mouth movement, the Collective now has a number of social media channels and is constantly growing in participants. There’s actually a lot of sports activity coming out of the region at the moment, including some badass female boxers, not to mention the global launch of the Nike Pro Hijab on December 1st, which is a huge deal for hijabi athletes not only locally, but internationally. It’s good to see these changes happening, and though there may be some resistance, there is an incredible amount of support too.

I caught up with Nesreen and Fabrice to find out more about the Saudi running scene, to hear how this Jeddah run club came about in the first place, and to see where they’re headed.

1. How did you become involved with JRC?

Nesreen: JRC found me at a time in my life when I was seeking change. I had never run before and never knew that such groups existed in Jeddah or Saudi Arabia. I started running with JRC in November 2015 and have been running ever since. I am currently JRC’s Director and I manage and arrange all our weekly runs, plan for our future events and communicate with the community to spread awareness about JRC. I work closely with our Coach and crew leaders to ensure that we take JRC to the next level.

Fabrice: I joined JRC by word of mouth. I discovered a group of extremely enthusiastic beginners who were not making much progress due to the lack of structured training, so I offered to lead one session per week and the rest is history. That session became the de facto session and the group grew at a very fast pace. 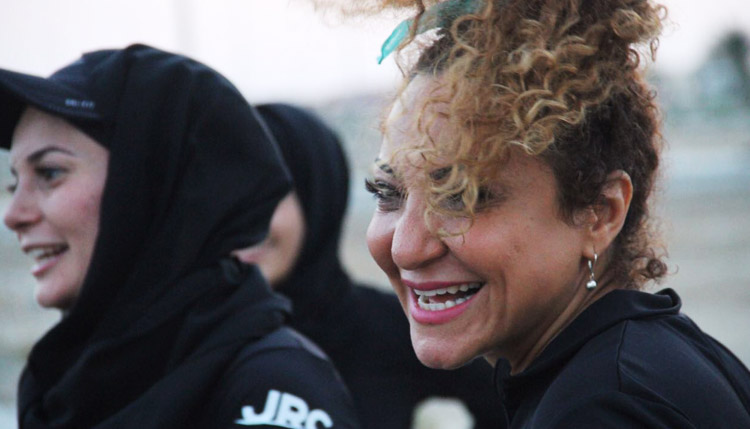 2. What has been the feedback from the Jeddah community?

Nesreen: It has been great! People are so happy when they find out about us, and how they too can become part of the JRC family. The community appreciates the initiative of promoting a healthy lifestyle to everyone and it’s all free of charge.

Fabrice: First people are surprised that something like JRC even exists. Friends, family, co-workers come and join for a session or two. We know that not all will stay as members, but the feedback is always positive.

3. What has been the biggest challenge for JRC?

Nesreen: Females running in particular is the most challenging, because a lot of people find it inappropriate for females to run, not only that but (running) in the streets. We always run separate groups, not mixed. So basically the females run together and the males together in a separate group. Things are changing – you can see it clearly, but of course there will be some resistance. Despite that, I see a brighter future. The biggest example is in the month of Ramadan, and the increased number of people getting out there, running or walking and exercising – which is impressive.

Fabrice: Trying to contain the growth is a really big challenge. We can’t grow much bigger than what we are at the moment, while we know there is a huge demand, and this is really heart-breaking. 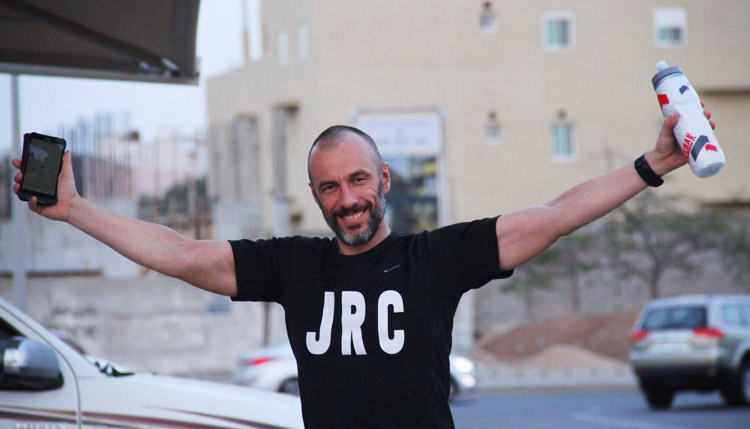 4. What has been the biggest success for JRC so far?

Nesreen: I would say the fact that we are still here! It is our fourth year and we are still going. The causes we support and run for, such as Women’s International Day, is one of our major successes. Also breaking stereotypes about Saudi Arabia has been amazing since we are bridging the gap and spreading awareness both nationally and internationally.

Fabrice: Each new runner who comes back for a second session is a success. Each runner who registers for a race, here or abroad, is a success as much as crossing the finish line is. It is the sum of all those successes which amounts to a huge team success.

Personally, I get a lot out of stories like this one, because it just shows the level of passion that people put into the things they believe in. There are obvious risks involved in running and promoting JRC events, and yet here they are coming up to their fifth year, gathering more and more support from a local community of runners. The point to focus on here is that this is about sport, fitness, health, and building a community. Giving people the platform to embrace their passion to run, to improve their health through sport, to work directly with coaches to improve their form, and to just have that release through fitness is what I think makes the Jeddah Running Collective an incredibly important and powerful initiative, and I wish the team all the success for the future.

If you’re based in Saudi Arabia and you’re looking to get involved in the running scene, then you can follow JRC on their social media channels to find out when the next run is taking place. #YallaRun.